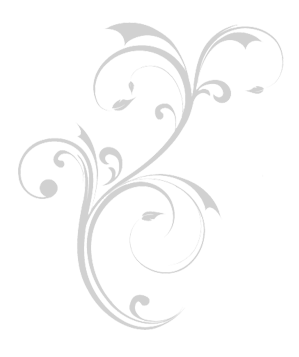 Thai massage or “yoga massage” is a kind of holistic medicine, which is extremely beneficial to human body. It is basically passive exercise, with yoga body movements, postures and stretching.

THE CLASSIC HISTORY OF THAI MASSAGE:

Thai massage is deeply steeped by Buddhist worldview. This knowledge is hidden from the Europeans. Western doctors are traveling to Thailand to acquire this knowledge, but it cannot be compared with the original trade. The real tradition descends from generation to generation.

Thai massage, Ayurveda (an ancient Indian healing system) and Chinese medicine are the most ancient healing methods in the world. The history of Thai massage is about 2500 years old. The founder is said to have been an Indian doctor, called Jiva Bhikku Kumar, also known as Jiva Komarpadzh, or as many mentioned:  “Dr. Shivaka”, “Doctor-father”.  Every Thai masseur using the last phrase as a mantra.

In times past, no records were made of traditions and the techniques of massage,  all information was transferred orally from generation to generation, but description of the power lines and treatment methods was put down in sacred Buddhist texts, in the ancient capital of Siam, Ayyuthaya. In 1776 the city was invaded by the Burmese. In 1832, King Rama III ordered that the remaining texts had to be taken to the monastery of Wat Po in Bangkok.

Wat Po is now the best known and most respected Thai massage school. The other school in the region is known as the “Southern School”.  Another city, Chiang Mai also became a popular center, which is often called the capital of northern Thailand. The southern-school focuses on a hard and often painful finger technique. The method of the nordic-school consists of twisting and stretching exercises, similar movements as yoga asanas. Thanks to this tradition, today’s “yoga massage” has developed in West.

Thai massage is not less popular as it was centuries ago, it is famous all over the world, including Hungary. Traditional Thai massage is a holistic healing method, uses a variety of physical effects on the human body. It includes reflexology, stretching and deep massage.

The healers assume that energy circulates via channels in the human body, and similar principles are applied in the Chinese and Ayurvedic medicine. It is believed that the root cause of all physical and mental illness is in the disharmonic energy flow. Thus the balance stops, and that’s how the disease develops. During treatment the aim is to steer energy in the right direction, to restore the balance in which the problem can be eliminated.

As in the whole universe the human body also needs the harmony, and the lack of this balance causes diseases. Thai massage helps to restore the body back to a harmonious state of equilibrium.

The theory of Thai massage is based on the fact that across the human body, invisible energy lines pass through, where the acupuncture points are located. Each point corresponds to a vital organ, and if at least one point is blocked and cannot flow through the life energy, disease develops. With the help of special pressure, kneading and stretching, the therapist removes blockages and restores the flow of energy.

Thai massage lasts one or two, sometimes three hours. During Thai massage it is important to build a sense of trust between the therapist and the clients. Our traditional Thai massage takes place in a family atmosphere in separated rooms in a special mood:  oriental-style music during treatment, flickering candle lights, special carpets and mattresses. During traditional massage clients are dressed in clothes made of natural materials. Thai massage is very similar to passive yoga. Instead of rubbing and kneading, the Thai method of massage therapy includes stretching, twisting, and pressure with using finger, palm, elbow, knee and foot. The masseur is smoothly, rhythmically moving during the therapy. The therapist rotates the body’s deep muscles to relax the tense muscles.

Over centuries many types of techniques have been developed, such as classic massage, aroma oil massage, hot stone and foot massage, etc.  They are carried out separately or in combination.

THAI MASSAGE IS NOT RECOMMENDED OR SHOULD BE AVOIDED IN THESE CASES:

In case of neurological disorders or serious mental health problems Thai massage is not recommended because patient may show anger and his or her condition may deteriorate.

Pregnant women should avoid Thai massage during pregnancy, especially in the first half. Because of the strong influence of different techniques, contractions can occur in the uterus, which can lead to miscarriage or premature birth.

If you have arthritis, rheumatic diseases or cancer, you should ask for advice of a specialist or your doctor before Thai massage.

WHEN THAI MASSAGE IS VERY USEFUL?

EXISTENCE OF GENERAL OR CHRONIC FATIGUE

Thai massage is an excellent way of prevention and has a general health improvement effect. This powerful technique is good for not only the physical body, but also relieves fatigue. Highly recommended for those who do sedentary or office work and spend much time in front of a computer. Thai massage is effective in reducing muscle spasms, restoring the body’s equilibrium and enhancing the body’s blood circulation.

Many people constantly suffer from chronic headache. First, it is recommended to take part in a full investigation to establish the cause. Thai massage is very effective in case of nerve entrapment and eliminates the headaches caused by spasms. Special techniques are useful for the muscles tension in shoulder and neck and around the spine.

Thai massage is a kind of technique that has an effect on the whole body system, improves the general well-being and helps you to sleep well. It is much more better then a sedative or sleeping pill! After only one treatment you will feel full of energy and renewed.

THE EFFECTS OF THAI MASSAGE ON HUMAN BODY:

Learn about the wonderful world of Thai massage; enjoy the memorable experiences that you will never forget!

Your email address will not be published. Required fields are marked *

We will call you back as soon as possible.

An important part of the massage is usually known only to experts – its reflex and humeral effects. First, massage has effects on the central and autonomic nervous system. During the massage there is stimulation of the receptors of the skin, muscles, tendons, joint capsules, ligaments, and the vessel walls. Then pulses caused by this stimulus are transmitted to the central nervous system and reach the relevant sections of the cerebral cortex. There’s a generic complex reaction that causes functional changes in the body. Any irritation of the nerve receptors is transformed into a signal that the nerve waves, as on the “wire”, runs to the central nervous system and from there to other “wire” is brought to the working body and converted into a specific process of cells of the body.

This linkage is seen in the East for thousands of years. Through trials and failures by centuries, the Chinese and Thai healers have studied these patterns. Over time, there was a clear system of linkage between the body and the acupuncture points, reflex zones on the human skin.

With the help of massage, we are going to use our “inner pharmacy”. Massage helps us to cope with health problems using our body’s own reserves without drugs. The massage is a powerful tool in the hands of a specialist. It is good for influence the patient’s condition, but the results of this impact depends entirely on who is the owner of this tool. Do not trust your body and health in the hands of an amateur, it is not safe. Any massage, even the easiest and seemingly harmless, can have both positive and negative effects. Only in the hands of good professionals who have a good school and have a lot of practice you can feel good and calm and every massage replenish energy and health.

In the heart of Budapest, close to the Western Railway Station, you can find “5 Elements SPA”. We are proud of our professional therapists from Thailand and Bali island, who were trained for big variety of massage techniques and medical education in the best Training Centers and developed their skills further in the world’s best SPA clinics and 5-Star SPA resorts.

Entering “5 Elements SPA” and “5 Elements Day Spa” you receive warm atmosphere and hospitality. In our oriental-styled Spas you can be enchanted by relaxing SPA music, eastern flavors, flickering candles and tea ceremony. The amazing beauty and health rituals carry you away from the city into Paradise where everything is for you. The comfortable atmosphere in each room, the complete isolation from the outside world and the sensitive hands of professional masseurs help you to forget about your everyday problems.  After the massage, when you taste a cup of green tea, you can feel how the vital energy and pleasant emotions flow through your body.

Everyone knows that the original is always better than a copy, and if you decide to get acquainted with Eastern culture, traditional healing, it is the best to return to the original roots. In “5 Elements Spa” salons employ highly qualified therapists from the Kingdom of Thailand, India, Bali and Java islands.